The CLEAR facility is hosted by the CLEX experimental area at CERN - building 2010. The CLEAR Beam Line is built on the basis of CALIFES, previously used at CTF3 as Probe Beam injector for testing the CLIC Two Beam Acceleration concept.

On the spectrometer at the end of the CALIFES injector is placed the VESPER (see its official web page): a test stand for irradiation studies.

The layout of the linear accelerator and VESPER is as follows (note that beam travels from right to left):

The 2nd part of the line, which contains most of the experiments:

Legend for the layouts above is:

Technical Drawings of the facility are available on request.

The beam parameters at the end of the linac are summarised in the following table: 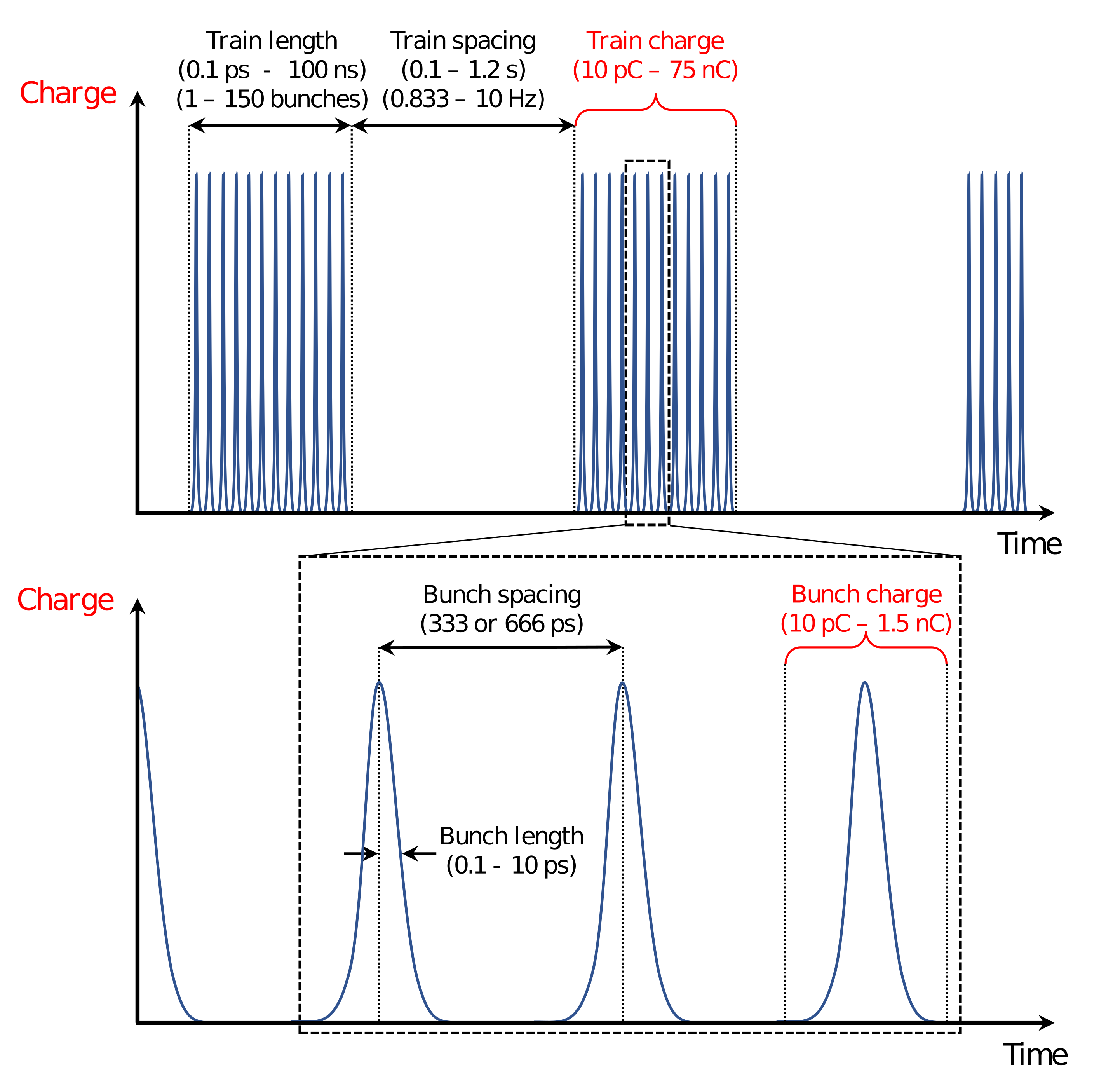 The MAD-X sequence of the present beam line is available on the official CERN Gitlab Optics Repository.