The primary focus for the The CERN Linear Electron Accelerator for Research (CLEAR) is general accelerator R&D and component studies for existing and possible future machines at CERN, based on a broad internal and external user community. The program covers two of the top priorities identified by the European Strategy for Particle Physics, namely the prototyping and validation of accelerator components for the upgrade of the Large Hadron Collider and its injector chain, and studies of high-gradient acceleration methods. The latter cover X-band studies for linear accelerators and also novel concepts as plasma and THz acceleration. CLEAR also provides unique training possibilities, as well as irradiation test capability, of which is worth mentioning a collaboration with the European Space Agency (ESA).

The facility proposal document is available on cds. 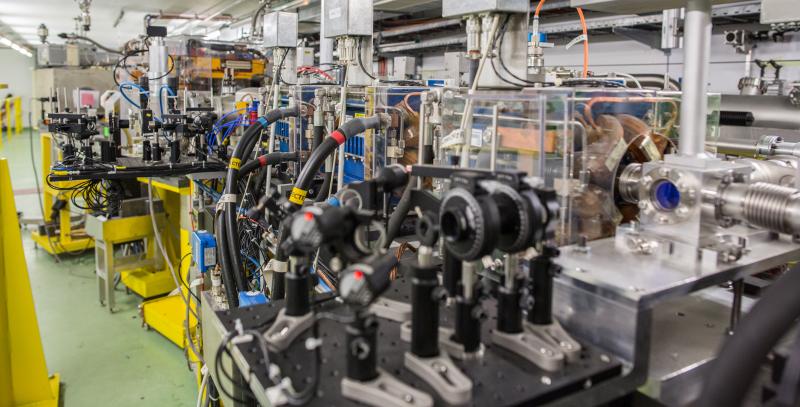 The CLEAR facility is hosted by the CLEX experimental area at CERN - building 2010. The CLEAR Beam Line is built on the basis of CALIFES, previously used at CTF3 as Probe Beam injector for testing the CLIC Two Beam Acceleration concept.

On the spectrometer at the end of the CALIFES injector is placed the VESPER (see its official web page): a test stand for irradiation studies.

The layout of the linear accelerator and VESPER is as follows (note that beam travels from right to left):

The 2nd part of the line, which contains most of the experiments:

Legend for the layouts above is:

Technical Drawings of the facility are available on request.

The beam parameters at the end of the linac are summarised in the following table:

The MAD-X sequence of the present beam line is available on the official CERN Gitlab Optics Repository.